The bearings used in wind power generators are exposed to extremely harsh conditions such as:

It is exposed to such a harsh environment. In addition, many wind power generators are located 40meters or more above the ground, which puts a heavy burden on maintenance.

Unlike metal balls, Toshiba Materials' silicon nitride bearing balls are resistant to corrosion and electrolytic corrosion, and are long-life components with excellent strength and abrasion resistance.
It is used in many wind power generators as a material that can reduce maintenance costs and supports the energy of the earth.

This electricity control is done by the semiconductor parts in the power control unit, but powering the semiconductor generates heat which needs to be diverted outside. However, most heat sinks are made of metal such as aluminum, and if the electricity is diverted there too, the parts will break and electrical control will no longer be possible.

There needs to be a material between the semiconductor and the heat sink that will divert the heat but not conduct electricity.

Toshiba Materials' silicon nitride ceramic substrates are used in power control units for electric vehicles and hybrid vehicles because they have both thermal conductivity and insulation and can suppress the heat generation of semiconductors. 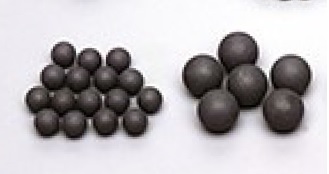 : The link of this icon opens in a new browser window.
To the top of this page